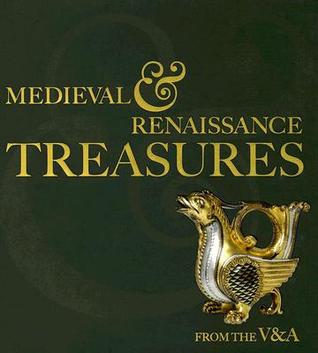 The latest tourist attraction to open in London is the V&A's permanent exhibition space devoted to medieval and Renaissance history. This complex of ten galleries certainly has the 'wow' factor.

It's amazing to think that some of the items on display have survived more than 1,500 years. Large, spacious, airy halls display the collection in an entirely new way with interactive listening and touch points that allow visitors to explore these treasures to their fullest.

Medieval and Renaissance Galleries – the Highlights

The displays include many extraordinary items set in their historical context. Each gallery has its own theme and visitors can see luxury household goods that once belonged to Europe’s wealthy merchants and noble families, such as the Mérode Cup, the Burghley Nef, the Becket Casket as well as tapestries that are far too large for any modern house.

The luxurious Mérode Cup, dating from between 1400-1420, is an exceptionally rare piece of medieval gilt-enamelled silver. The goblet is pierced with four oblong panels, alternating with pointed window-like cuts, through which light shines creating the affect of a stained glass window. The beaker is decorated with a pattern of oak leaves, acorns, peacocks, vines, grapes and roses.

The cup may be from Paris or Burgundy, but since it is unmarked its origins are not known for sure. Records show the item was in the possession of the Mérode family for several generations, but not that it was produced specifically for them.

In the middle ages the word nef was applied to boat-shaped containers designed for holding salt, spices, or sometimes cutlery. The ornamental Burghley Nef, dating from about 1527, was made in Paris, presumably for a wealthy family. It would have been placed before the most important person at the table to emphasise their status.

The display features an exquisitely decorated portable harpsichord. It was built in Venice, in 1574, by Giovanni Baffo, a leading maker of musical instruments, for the wealthy Florentine Strozzi family. The case is decorated with traditional Islamic and classical patterns and bears the family's three crescent emblem.

The instrument can no longer be played, but a nearby touch screen interactive describes the item in greater detail and visitors can hear music typical of the period played on a similar instrument.

The exhibition features a number of magnificent tapestries including one depicting a boar and bear hunting scene dating from the 15th Century. The tapestry, woven around 1425-1430 in the Southern Netherlands, makes its own social statement, recording the elitist activities and fashionable clothing of the wealthy.

Boars were hunted both for the sport and the meat, while bears were hunted for the challenge they offered. A bear was a formidable foe and many a nobleman lost his life in the chase. By the time this tapestry was created bears were extinct in the British Isles. A touch screen interactive, located nearby, describes the item in great detail, telling how it had probably been installed at Hardwick Hall, in Derbyshire, some time before the end of the 16th Century.

These are just a few of the treasures on display in the new Medieval & Renaissance Galleries at London’s V&A Museum. Additional information can be obtained directly from the Museum.